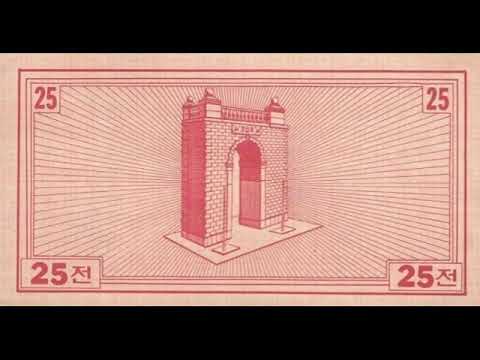 The monetary unit of South Korea is won. Own the currency of South Korea was released only in 1950, after the liberation of Korea from Japan. On these bills was depicted the portrait of the first South Korean President Lee Seung-Mann, who ruled at the time. His picture remained on the Korean banknotes until April 1960, when Syngman Rhee was overthrown in the “student revolution “. The national currency of the period of the First Republic is characterized by a large number of characters. The Chinese characters used to write almost all the lyrics on the bills at that time. Subsequently, the texts on the Korean banknotes was made in the Korean language, and from time to time met and inscriptions in English. The symbol of won — KWR. In the country in circulation are banknotes of 1000, 5000, 10,000 and 50,000 won. Also in circulation are Bank checks with a value of 100,000 won or more. Making payments by cheque on the reverse side you must write the passport number of the owner, and the address and phone in Korea.

In 2006, the fake banknotes have become one of the major problems of the Bank of Korea. For example, banknote of 5,000 won (the equivalent of 5 USD), 50% of the cases were fake. This forced the government to introduce a new series of banknotes, with the change in the first place, banknote of 5,000 won. Later, in 2007, was released banknotes of 1000 and 10,000 won. Banknotes include over 10 security features in each denomination. Many modern security features that can be found in euros, pound sterling, canadian dollar, Japanese yen, used in Korean bills.